Yamaha Factory-Supported Racers and $10,000 King of the Hammers Payout

MARIETTA, Ga. – January 9, 2020 – Yamaha Motor Corp., USA, pledges over $100,000 in Side-by-Side (SxS) and ATV bLU cRU championship racing bonuses for the 2020 season, including $10,000 for a first-place finish in a YXZ1000R or YXZ1000R SS (Sport Shift) at the 2020 King of the Hammers (KOH) race on February 2. All qualified and registered racers competing in select series with a YXZ1000R pure sport SxS or YFZ450R sport ATV are eligible for payout, including Yamaha’s factory-supported racers.

Yamaha’s bLU cRU program offers championship bonuses ranging from $2,500 to $15,000 – or even a new YFZ450R – for eligible racers competing in select classes with Yamaha’s 2019 or newer YXZ1000R, YXZ1000R SS, or YFZ450R models. Racers can register online at YamahabLUcRU.com and apply for the bLU cRU benefits. Once approved, racers will receive a reloadable Yamaha bLU cRU debit card and $45 credit on their bLUcRUswag.com account for bLU cRU apparel. These racers will be eligible to receive championship bonuses paid directly to their bLU cRU debit card.


“Yamaha welcomes all professional and amateur Side-by-Side and ATV racers to join the Yamaha family, compete under the bLU cRU banner, and potentially earn thousands of dollars – even a YFZ450R – as a championship bonus,” said Steve Nessl, Yamaha’s motorsports marketing manager. “Racing is in our DNA at Yamaha; we all share a passion for it and are excited to see the bLU cRU program expand and support our Proven Off-Road vehicles competing across the nation.”


Starting the 2020 race season, Yamaha is offering $10,000 in potential bonuses at the grueling KOH Race. The top-finishing YXZ1000R in the UTV class will earn $5,000, plus an additional $5,000 with the overall win. The ULTRA4 Racing Series’ KOH competition is infamous for its punishing desert course through some of the roughest and most challenging rock and boulder sections of any timed event. Yamaha’s factory-supported race team competing alongside other YXZ bLU cRU challengers at this year’s KOH is Greaves Motorsports, comprised of the championship-winning drivers Johnny Greaves, CJ Greaves, and Brock Heger.

Along with KOH and select Best in the Desert rounds, Brock Heger will represent Yamaha in the 2020 Lucas Oil Off-Road Racing Series’ (LOORRS) Production 1000 UTV class. After a close 2019 season, finishing only 4 points behind fellow bLU cRU racer, Robert Stout, Heger will look to recapture the Production 1000 UTV championship to earn his third title and the $15,000 bLU cRU racing bonus in his BH Motorsports / Yamaha / Weller Racing / Maxxis YXZ1000R.

New bLU cRU support in the 2020 GNCC ATV race season, Yamaha will now offer payout and prize opportunities – including the chance to win a brand new YFZ450R – to eligible participants competing in the majority of the XC2, Junior A, College A, Junior B, and College B ATV class rounds. Yamaha’s bLU cRU contingency for the overall winners of these GNCC classes will be as follows:

For the 2020 ATV MX season, Yamaha’s bLU cRU racer support program will offer payout and prize opportunities – including the chance to win a brand new YFZ450R – to eligible participants competing in the majority of the Production Stock rounds. Yamaha’s bLU cRU contingency for the overall winners of the 2020 ATV MX season’s Production Stock classes will be as follows:

Every Yamaha SxS and full-size ATV is proudly Assembled in the USA at Yamaha’s state-of-the-art manufacturing facility in Newnan, Georgia, for worldwide distribution.

For more information on the bLU cRU program, including all guidelines and requirements for ATV and SxS racing, visit YamahabLUcRU.com. To view the entire Proven Off-Road ATV and SxS lineup and learn more, visit YamahaOutdoors.com. Connect with Yamaha on social media via @YamahaOutdoors or search any of the following hashtags on all platforms:  #Yamaha #YamahaRacing #REALizeYourPodium #REALizeYourAdventure #ProvenOffRoad #bLUcRU #AssembledInUSA #Yamaha10YearBelt #YXZ1000R #YFZ450R 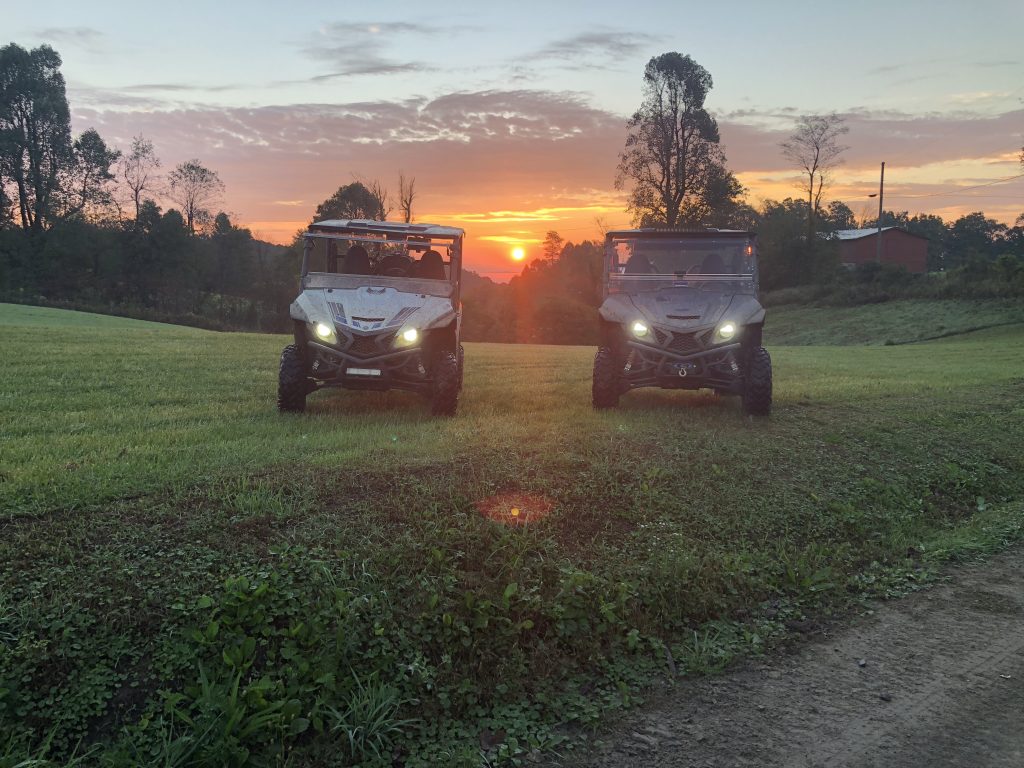